Quantum computers are evolving, and experts warn that in a few years, they might become so advanced that they will be able to decrypt information that has been encrypted with currently used algorithms. IT security and cryptography experts are working on solutions to prevent possible future data leakages caused by this issue. Some of the algorithms are already quantum-resistant (also called quantum-safe or post-quantum) and experts are advising everyone to use these future-proof methods.

Lawmakers around the world are already starting to recognize the importance of this issue and work on the solutions. For example, the USA has issued a memorandum recently for the National Security Agency to lay down the foundation for using post-quantum cryptography (PQC) for state matters, and similar laws have been passed in many countries, among others in Hungary.

We have put a high emphasis on the matter from the beginning and i4p was the first to use a quantum-resistant digital signature algorithm in a physical HSM already in 2019. 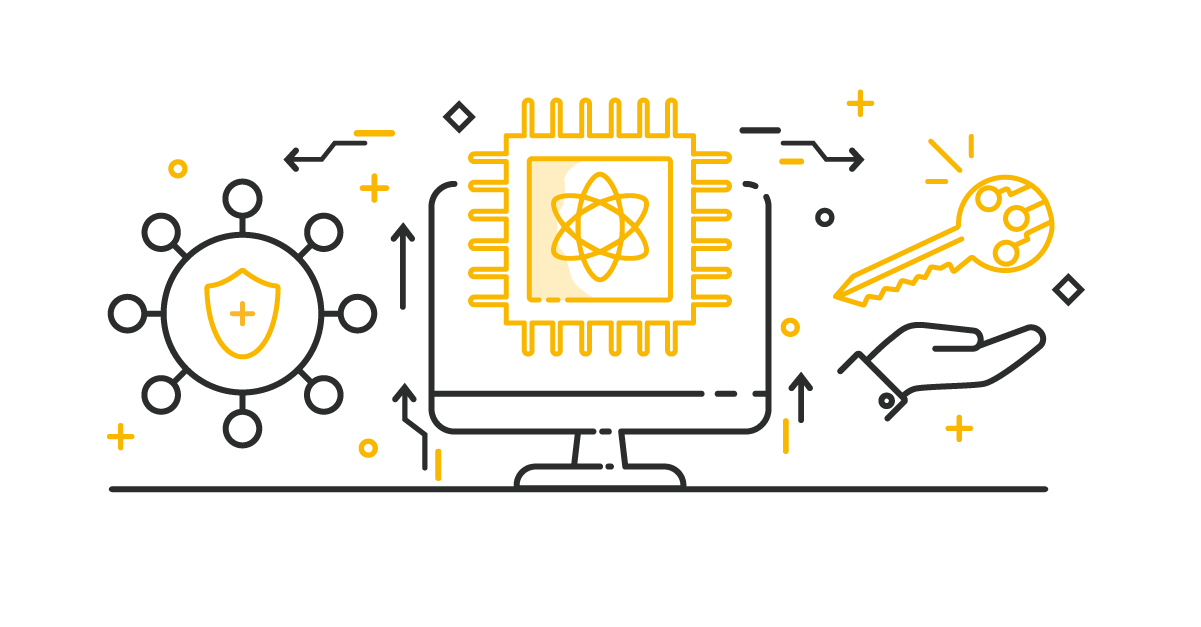 To cover all aspects of a practical quantum safe encryption system, Trident HSM also features a new quantum safe key encapsulation mechanism (KEM) from now on. The key encapsulation mechanism Trident HSM is using is a cryptographic technique that uses a quantum-safe algorithm to distribute a secret, a one-time usable symmetric key, for example. This symmetric key, distributed in a quantum-safe manner can in turn be used in encrypting large chunks of data or data stream by communicating IT systems.

With these two new enhancements, Trident HSM can play a vital role in any post quantum encryption services to be built around the world. The keys can be generated on-board or by using QKD devices, can be distributed using its inbuilt post-quantum key encapsulation mechanism or QKD devices, and then used in the Trident HSMs that provide the highest level of security due to another unique feature of ours, the so-called Multi-Party Computation.

How to minimize the risk of data breach with encryption

The cost of data breaches can be astronomical, not just in terms of fines and lost revenue, but also in terms of reputation and customer loyalty. The solution? Trident HSM with Multi-Party Computation.

Now that we have covered what HSMs are and what features they offer, let’s take a look at the different types of HSMs!

04 Oct: How to minimize the risk of data breach with encryption

The cost of data breaches can be astronomical, not just in terms of fines and lost revenue, but also in terms of reputation and customer loyalty. The solution? Trident HSM with Multi-Party Computation.

A client has specifically asked for it, so we made a delta certification and Trident HSM has received also SSCD certificate for its "local use-case". This is how we work, we listen to our valued customers and and try hard to introduce the features they as…https://lnkd.in/dgbiW39Y

Get your free ebook:

Why every company needs HSM modules?