Home » About Us » The Management

Our leaders and experts possess a uniquely high level of professional expertise including significant experience in cryptographic development, product and service development as well as project management.

We possess a uniquely high level of professional expertise including significant experience in cryptographic development, product and service development as well as project management. 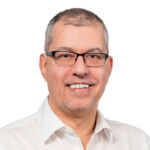 Zsolt Rózsahegyi graduated from the Technical University of Budapest and Carnegie Mellon University. As a former founder and CEO, he led his previous company, one of the first QTSP's in Europe to worldwide commercial success. He founded i4p in 2014.

He took part in establishing Hungarian law regulations conforming to EU regulations related to digital signatures and PKI services, and he also participated in preparing and creating Hungary's Electronic Signature Act. He is experienced in designing and developing cryptographic systems and products and became an expert in applied cryptography, digital signature, time stamping, e-invoicing, IT security, encryption, software development, and testing. 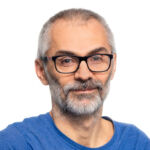 László Cséplő has an MSc in physics from the Czech Technical University. As former Chief Developer and co-owner of one of Europe's first QTSP, he has 30+ years of experience in programming. Joined i4p as co-owner and Chief Security Architect in 2015.

Ferenc Pető graduated from John von Neumann University. As the former head of the development team at one of the first QTSP's in Europe, he led several priority projects in the field of applied cryptography. Joined i4p in 2017 as co-owner and CTO. 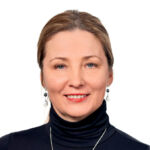 Krisztina Galuska graduated from the National College of Public Administration. She has broad experience in technology and innovation businesses, as a former CEO of several SMEs. She has been the HR and Operation manager at i4P since 2017.

She has gained extensive business experience at several companies in the real estate, tourism, technology and innovation, business operation areas. She has experience with very diverse responsibilities, such as strategic international business development in R&D, software development, and healthcare systems, consultancy, and operation. 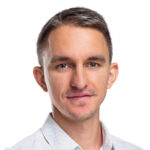 i4p is among the companies with high creditworthiness, again: we have been chosen by Dun & Bradstreet as one of the enterprises with the steadiest financial standing.

i4p is on the latest Deloitte Technology Fast 50 Central Europe list, which ranks the fastest growing companies in the technology industry in the Central European region.

i4p is among the companies with high creditworthiness, again: we have been chosen by Dun & Bradstreet as one of the enterprises with the steadiest financial standing.

We know our small donation will be in good hands with the 'Until I Grow Up' Foundation. We wish them a continuing successful in their valuable work. #TraditionOfGiving #SupportingCommunities https://lnkd.in/dHQjGrcT

A client has specifically asked for it, so we made a delta certification and Trident HSM has received also SSCD certificate for its "local use-case". This is how we work, we listen to our valued customers and and try hard to introduce the features they as…https://lnkd.in/dgbiW39Y

Get your free ebook:

Why every company needs HSM modules?